A frequent request I get is with OneVersion updates in D365FO, how do we as end users know what security changes are occurring between D365FO versions? A fellow Microsoft MVP, Nathan Clouse, reached out to me asking about wanting to add the same information to his dynamics.fo website. He has dedicated this site to show changes that are occuring between D365FO versions. We decided to collaborate together to be able to achieve this and I wanted to show the steps we used as well as show how you can utilize the same tools.

Getting the security files 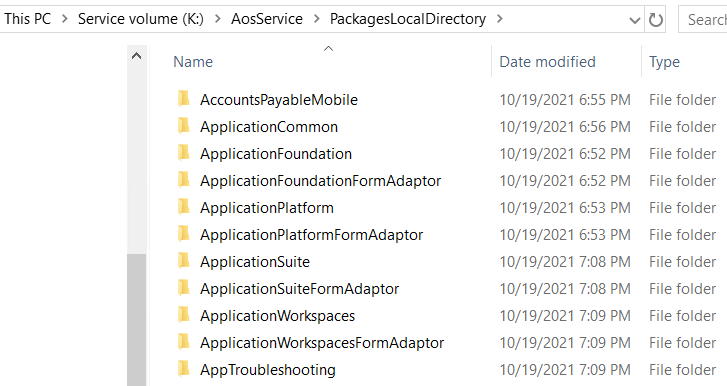 Under each module, are the different folders containing all of the objects that exist within that module. Within this list of folders there are ones dedicated to security, specifically the AxSecurityRole, AxSecurityDuty, and AxSecurityPrivilege folders.

Within these folders are the actual XML files that contain the security data:

Since there are hundreds of modules within a D365 instance, there was no way we wanted to go to each module individually to get the security data. So we ended up writing a PowerShell script to iterate through each folder and obtain the security layers and output them to a separate folder. The script outputs all security elements from all modules into their respective role, duty, and privilege folders. We can then zip this folder up to make it easier to move. This script can be found in the GitHub project that is linked to in the Resources section of this blog post. 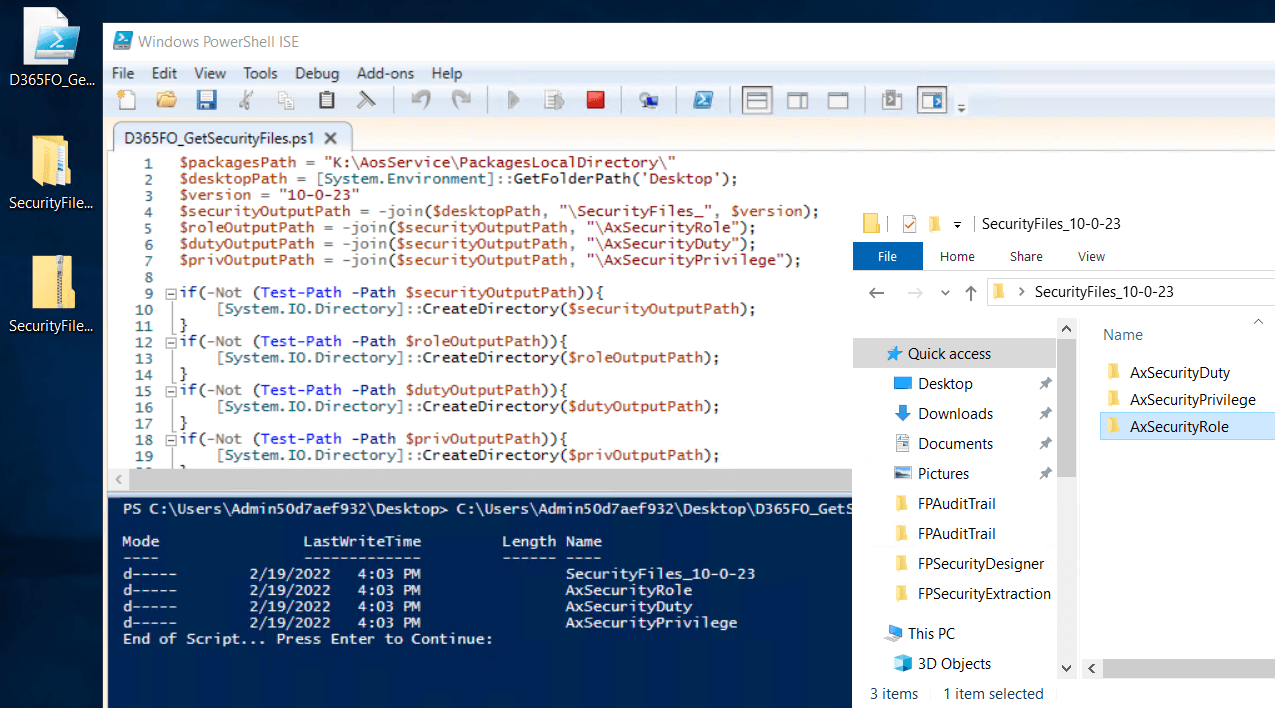 Process the security files and create the output document

To do this we created a .NET application that could read the security zip files created in the previous step and perform the comparison analysis. This solution again can be found in the GitHub project linked in the Resources section of the blog post.

To perform the analysis between D365FO versions the command format is:

An example of the command, and the output you will get while executing is below: 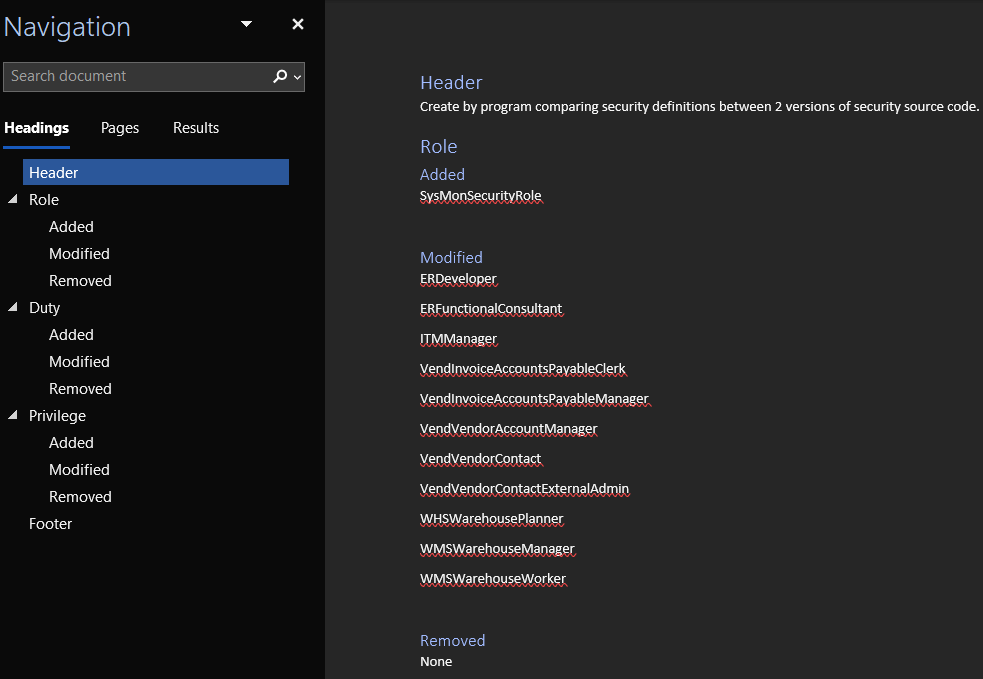 We plan on putting out a Word document for each D365FO release to show the security changes but we are also making the source code files for the applications used above so you can run an analysis for any version combination you would like.

Hopefully you find this solution and these documents useful, if you have any questions please feel free to reach out!